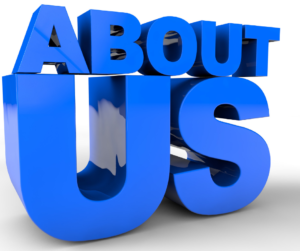 The Association helps to maintain ties between the over 3,500 alumni who live in the far flung corners of the globe.  Alumni have been instrumental in the continued growth of programs and facilities over the years. It is well known that the “ties that bind” members of the Lee Academy community, past and present, are enduring and filled with fond memories.

The local Alumni group centered in Lee, Me. think back often to the summer of 2015.  A dozen Lee Academy alums met at Silver Lake on a beautiful Maine summer afternoon.  The group was made up of grads from the 1960’s era.  We “grey hairs” were joined by one member each from the class of 1989 and 1998.  The topic of discussion was the Lee Academy Alumni Association. It was a sad realization that the past few years showed very little activity.  A few dues paying “old faithfuls” and fewer yet donations dribbling in were barely keeping us alive.  We had no Alumnus newsletter being published to help keep us connected, there was no effort being made to reach out, re-establish and re-connect the hundreds of LA grads that had attended Lee Academy. There were no fund raising activities.  The Association was dormant.  We had some serious decisions to make.

What a great day it was when those few alums representing hundreds of members sat in that old camp and collectively put their hearts on the table with a decision to do their best to revitalize the Lee Academy Alumni Association.

We could not do the good things we do without the support of our members.  The very structure of private schools is such that its financial stability relies on an active healthy alumni base.  Lee Academy, established in 1845 in rural Maine has been educating students locally and globally for nearly 175 years.  Its strength and longevity can be measured by the depth and breadth of its philanthropic history.  We are proud of this history and our Association works to promote and preserve the legacy of philanthropy at Lee Academy.

Our goal and story is one of working diligently to re-connect our people and to work persistently to become financially strong in such a way as to be able to help our school and every student in it.  This was the directive in 1909 when the Lee Academy Alumni Association was first formed.  It is our directive a century later. 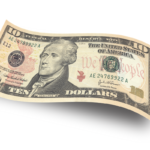 One rarely knows where life’s road will lead them. My road led me home to the small rural town where I was born and raised, Lee, Maine.  The road also led very naturally back to my school, Lee Academy.  Sixty plus years earlier, this community and its treasured little school gave me what I needed to build a pretty good life.  It is now my turn to give.

I am so grateful for the opportunity to work with the Lee Academy Alumni Association.  It is my way of saying, “Thank You” to my school and community for the solid education and upbringing I received those sixty plus years ago.

I'm glad to be working with others to build up our school alumni so that it can be better able to provide for student needs throughout the year.
Under the unswerving devotion of Judy Mallett, Anita Doerr, Stephen Rideout and others, the LA Alumni has come back to life.

By participating in the alumni association I get the chance to "give back" to the establishment that I got my beginning from.  I have worked for almost 30 years at M.A. in Lincoln where my children went to school, however, my heart has always been with dear L.A.

I enjoy working with the Association's Board and representing the organization as our official Registered Agent with the State of Maine.  It is my responsibility to provide the State with our annual report as required.